“It’s the End of the (Western) World as We Know It” fears Jorge Hernéndez in his article published on 24 October 2020 in the US political journal “National Interest”. For the chaos in the USA that had increased in the run-up to the presidential elections would only get worse after the elections. This is an assessment that the author of these lines fully shares, although he sees the causes for this development elsewhere.

After the death of the drugged black criminal George Floyd, whose arrest on the street was followed by a white policeman kneeling on his neck for minutes to break his resistance, an allegedly “anti-racist” violence exploded nationwide in the USA against the white majority burdened with the hereditary guilt of slavery. Since then, under the impression of Black Lives Matter (BLM), the image of America as an irrevocably racist nation has again asserted itself worldwide. And U.S. propagandists are more concerned than ever that America’s mission to be the West’s indispensable global leader of freedom, democracy, and equality has been exposed as a sham; a package that no one wants to buy anymore, except the transatlantic elites in U.S. vassal states such as Germany, whose careers and prosperity depend on the perpetuation of this propaganda fairy tale.

Michael Kimmages’ recently published book on this subject in the United States, entitled “The Abandonment of the West: The History of an Idea in American Foreign Policy” also provides a well-founded overview of the erosion of ideological and moral claims in U.S. foreign policy that have led to the current decline and fall of the West. This decline of U.S. prestige in the world is evident, for example, by the fact that in early June of this year, simultaneously, angry masses of people burned U.S. flags in the government district of Seattle, the capital of the U.S. state of Washington on the northern Pacific coast, all the way to Athens, Rome, Paris, London and other capitals of the so-called political West. In fact, however, the anti-American rage – the hatred for the American system of government and all it stands for – is much stronger within the United States than in the West. This applies not only to the now highly radicalized and increasingly influential activists from movements such as Black Lives Matter (BLM), “Antifa” and LGBTQ, but also – albeit with reversed political omens – to the mass movement of Trump supporters.

The Trumpists see the government apparatus in Washington and the authorities attached to it as nothing more than a swamp in which monsters wallow like pigs and only pursue one occupation, namely to enrich themselves at the expense of the ordinary people. Trump, on the other hand, had sworn to drain this swamp in Washington and bring jobs back to America. By his followers, to which meanwhile not few Afro- and Latin Americans belong, he is revered like the new savior. Since Ronald Reagan, no Republican president has attracted such huge crowds at election meetings as Trump. In fact, Trump’s anti-globalization policy at home has created a veritable job miracle, even though his opponents had thought it absolutely impossible. But he has so far failed because of the swamp in Washington. His supporters also elected him because they hoped that he would be better able to prevail in a second term of office.

At the same time there is a real culture war going on in the USA. The exponents of this culture war are, on the one hand, militant groups composed of members of the BLM, antifa and LGBTQ movements, who get their political support mainly from the Democrats, mainly because they are against Trump. They were the source of most of the violence that has been heard and seen almost daily from the U.S. for the past six months: mass looting of stores and supermarkets, burning of entire streets in large cities, shooting and murder. In several cities governed by the Democratic Party, mayors have even complied with the demands of the BLM and antifa-Chaot troops to ban the police from the streets or to withdraw funding from the forces of law and order, which provoked great indignation in republican voters in the country.

On the Republican side, nationally organized, conservative and right-wing militias, armed to the teeth, stand in opposition to the self-proclaimed “left-wing” chaotic troops and anarchists. So far, however, the militias have concentrated mainly on protecting Republicans’ election events. Larger clashes between them and no less heavily armed BLM storm troopers, consisting mainly of former US soldiers, have fortunately been avoided so far. To sum up, in this heated situation, there are plenty of powder kegs on both sides and open fire is being used all around. The unclear outcome of the presidential election, the insinuations made against Trump that he was not a Democrat because he did not want to acknowledge his election defeat, and the Republicans’ accusations that the Democrats tried to steal Trump’s victory with the help of electoral fraud only make the situation even more explosive.

All that is left of the indispensable U.S. lighthouse of freedom and democracy and equality is a shattered mess. A ruin of former size in a country that has degenerated into a banana republic. Regardless of who will ultimately become president, the United States is so deeply divided, both ideologically and socially, that only a political miracle could restore a common ground for a sense of national unity. In view of the deep economic distortions in the country’s economy, which have only gotten worse since the last crisis of 2007/2008, and in view of the economic devastation caused by the Covid-19 countermeasures, a return to modest prosperity will remain an unattainable dream for the masses of the people in the USA.

At the same time, it will hardly be possible to put the strengthened spirits of BLM, Antifa and LGBTQ back into the bottle. Nor is it to be expected that under a President Biden the Trump supporters will fall silent and become good sheep again. They will also remain convinced that Biden only came to power through electoral fraud and they will continue to reject the swamp in Washington and possibly even actively fight against it. Therefore, Republicans in Congress, under pressure from their voters, will be forced to confront the Democrats. Conversely, Trump, in a second term, would also have to cope with the continuation of the Democrats’ fundamental opposition.

All this means that the U.S. government will be largely paralyzed and preoccupied with itself for another four years. However, according to the author of these lines, the danger is far greater among the Democrats under a President Biden than it is among Trump that the rulers in Washington could use new foreign policy crises and wars to distract from the domestic political discord and social misery at home. 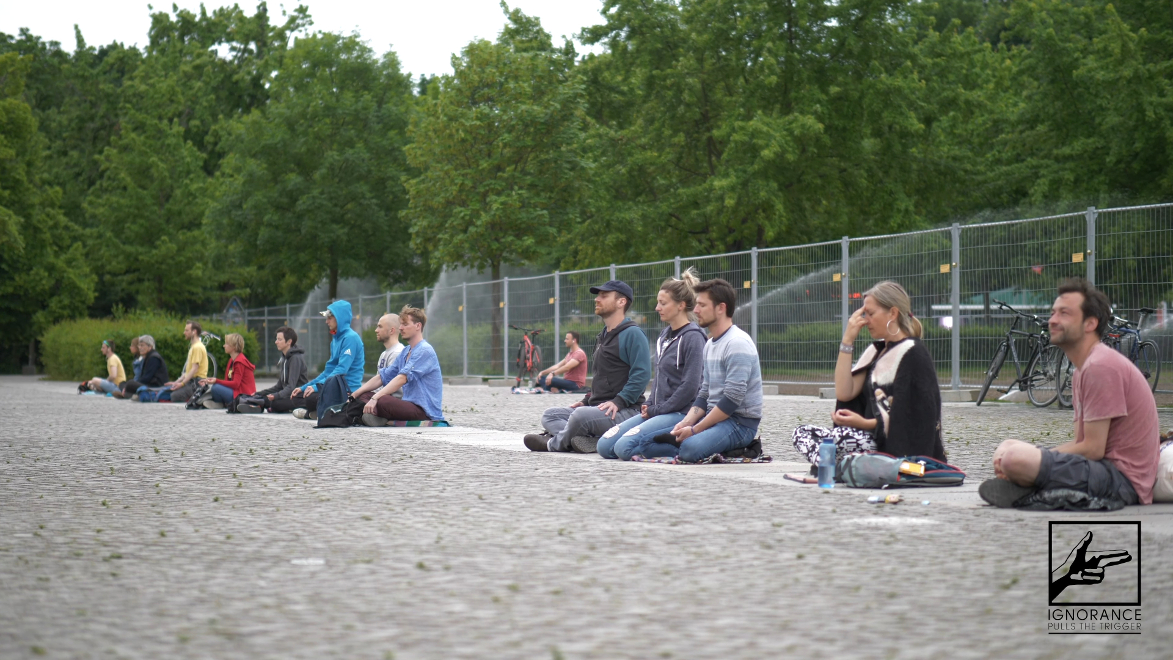