Julian Röpcke is the responsible editor in the politics department at the Bild-Zeitung. Recently Röpcke sneaked up on him: By email he wanted to know from Uli Gellermann, “What kind of business relationship do you have with Sputnik Germany? And also how much money Gellermann receives from the Russians. Röpcke followed an old ritual: Whoever talks to Russians, even publishes articles in their media, must be “paid”, in other words, an Moscow agent. Röpcke is not interested in the content, but he is horrified that anyone talks to the Russians at all.

After Röpcke couldn’t find the slightest trace of any financing, he let the fat BILD dog off the leash a little later: “Kremlin propagandists stir up Corona uprising” (1), shouted the headline into the area, and meant that public walk on Rosa-Luxemburg-Platz in defense of the constitution, to which the “Kommunikationsstelle Demokratischer Widerstand” and with it also Uli Gellermann had called for. By the way, in his article, Röpcke also accused the Russian media of wanting to cause chaos and anarchy on the German streets because they let different experts express their views on the corona measures of the German government.

Röpcke, who only knows the constitution from hearsay, of course does not want to deal with the concerns of the pedestrians on the Luxemburg Platz. He prefers to accuse the defenders of the German constitution of being on behalf of a foreign power: “But now it seems that employees, authors and sympathizers of the two Kremlin channels are taking matters into their own hands”. Means: When the anarchy planned by the Kremlin had not broken loose through the reports of Sputnik and RT Deutsch, henchmen of the Kremlin had taken over the organization. Apart from zero content, of course, there is also zero proof, the most important thing is that the BILD dirt stays in mind.

While media such as the BILD abuse the freedom of the press enshrined in the constitution for primitive defamation, they are obviously not prepared to engage in an open, democratic discussion about the government’s illegal coercive measures. Unfortunately, the camp of the BILD-twisters also includes the once left-wing alternative “taz”, which has dismissed an initiator of the demonstration in defense of the constitution (Anselm Lenz) because of the use of his constitutional right and also refuses to pay him his outstanding remuneration. The lawless formation of the Federal Republic takes its course:

One country, one virus, one opinion.

This article appeared on the blog Rationalgalerie on 08 April 2020. 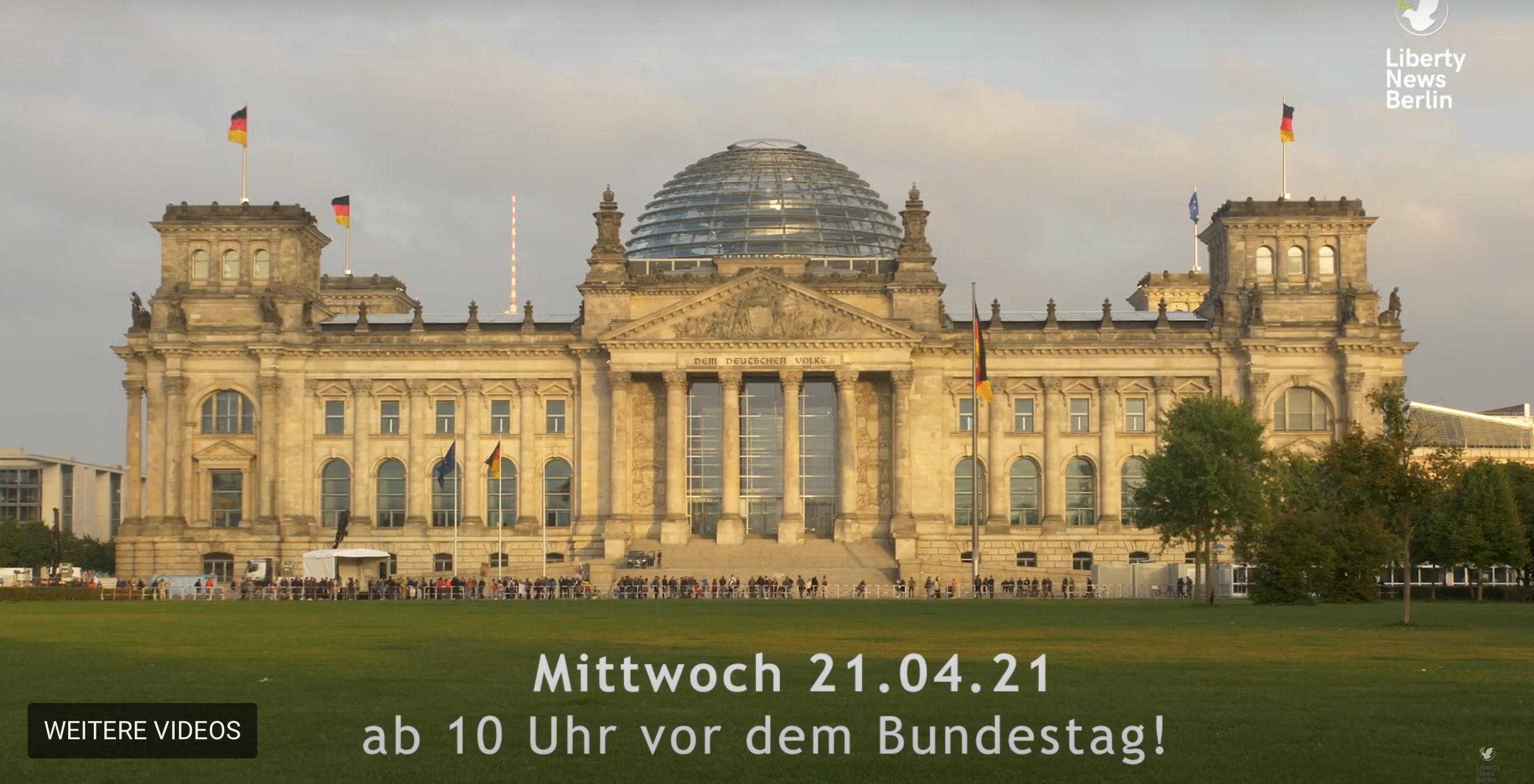