In the shadow of the FED: The most powerful company in the world

Recently, the news was spread in some media that President Trump had nationalized the American central bank Federal Reserve, or FED for short. This was a rumor without any foundation, but it also revealed a widespread ignorance of the real balance of power in the United States.  Such a move is completely out of the question, as the FED is far more powerful than any US president.

It was set up at the beginning of the last century by the richest bankers on Wall Street, who thus secured a monopoly on money creation and thus financial dominance over the USA.

After the Second World War, the FED extended its sphere of influence throughout the world by introducing a new global financial system. As the only institution with the right to print dollars, it profited more than anyone else from the triumphal march of the US currency during the post-war boom.

Although the Bretton Woods system broke up between 1971 and 1973, an initially secret agreement between the US and Saudi Arabia provided the next increase in power in 1974. It tied oil worldwide to the dollar, thus creating the petrodollar and making the FED even more influential, since all countries in the world depend on oil and have had to maintain considerable foreign currency reserves in dollars ever since.

To this day the FED is still owned by the owners of its member banks, i.e. the financial elite of the USA. It is this financial elite that governs and controls the country in the background and only allows such presidents to serve it. The iron principle applies: the White House staff comes and goes, but the FED stays.  Trump supporters will point out that their idol has complained from time to time over the past two years about the FED’s monetary policy, and has even publicly argued with its chair, Jerome Powell. But this can safely be seen as a show fight staged by both sides to distract the American people in times of crisis and make them believe that they are being governed by the White House and not by Wall Street.  Nevertheless, the FED, like its member banks, has experienced a significant reduction in its power for the first time in the recent past. Indeed, the process of concentration in the global economy has led a few companies, most notably Apple, Google, Facebook, Amazon, Netflix and Microsoft, to become true market giants and have acquired an unprecedentedly special position worldwide, not only financially but also in the field of the immensely important information technology.

The alliance of these heavyweights alone would be an important factor that the FED would have to take into account in current decisions. But behind this alliance is another company that has seized more power in the past twenty years than any other in the entire history of the financial industry.  BlackRock, the asset management company founded by Larry Fink in 1988, has become the most important factor in global economic and financial affairs thanks to its sophisticated strategy. The FED can no longer make any major decisions without consulting BlackRock.  BlackRock manages more than $7.4 trillion for its clients, moving more money than any other financial group. The fund holds blocks of shares and participations in 18,000 companies, including all the major players in the financial markets, and can decisively influence all markets of the world due to these participations.

Most importantly, BlackRock has a trump card that also elevates the company above all the world’s central banks: Aladdin, a system consisting of several thousand mainframes, which manages a total of around 30,000 investment portfolios with a total value of 15 trillion US dollars, and whose clients include Deutsche Bank with assets of around 900 billion euros. Aladdin contains the largest amount of financial insider information ever collected and analyzed, and can, for example, simulate the impact of pandemics on individual portfolios.

The combination of corporate holdings, insider information and political networking as a third pillar has made BlackRock the ruler of global finance worldwide. Although the Fund, unlike the Federal Reserve, cannot create its own money, it no longer needs to do so: in order to ensure the smooth operation of the global financial system and to stabilize it in the event of major crises, the FED has no choice but to cooperate with BlackRock.

For Larry Fink’s company, this means that the FED creates money, BlackRock distributes it to companies in which it has a stake and in this way drives the financial markets up or down, while it itself bets on rising or falling prices. In other words, you’re pocketing princely fees and creating conditions that guarantee you further profits and additional power in the future.

Who is the driving force behind the interaction between BlackRock and the FED in the meantime, became apparent last week. The FED announced that it would also buy ETFs, i.e. exchange-traded funds, as part of its efforts to save the financial system from the consequences of the corona pandemic. A look behind the scenes shows: Half of the global ETF business is dominated by a company called IShares, a subsidiary of BlackRock. 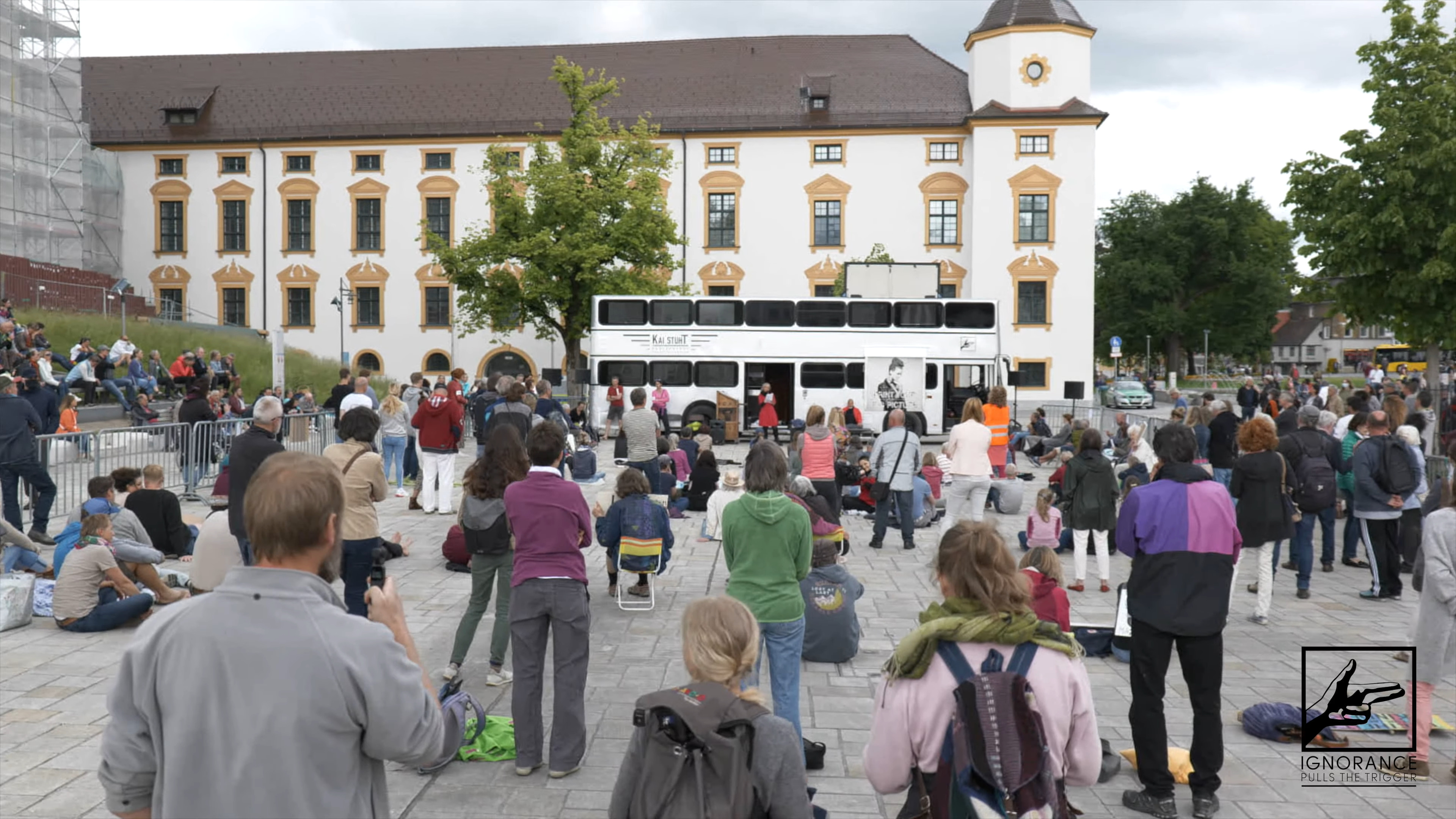 Let us wash off the dirt from our souls