Why the attempt to imitate China is damned to failure

The West is increasingly developing a feeling of inferiority towards the People’s Republic of China. The modernization of the state and the digitization of society makes the wise leaders of the Anglo-American community of values pale with envy. Quite early on in the Corona crisis, American strategists determined that the USA could no longer compete with the Middle Kingdom in 5G technology. That’s why this spring, New York Governor Andrew Cuomo hired former chief developer for Internet giant Google Eric Schmidt to transform the East Coast state based on the Chinese model.

There was no public debate about whether New Yorkers even wanted such a revamping of government agencies, schools and hospitals. In good post-democratic fashion, wise men met behind closed doors and let only fragments of the debate trickle into the public. There is now little reasonable doubt that elements of Chinese governance are to be transferred to Western facade democracies as part of the Great Reset program initiated by the World Economic Forum and the International Monetary Fund. Or, to be more accurate, they are to be superimposed and grafted on.

Can you graft cherry branches onto an apple tree?

Even our German Chancellor Angela Merkel has already dropped the idea that the Chinese model could make us look old in the near future. That’s why, in the slipstream of the Corona crisis, 5G networks are to be built as densely as possible on the Chinese model, blighting the German landscape and irradiating German citizens. That’s why our cities are to be transformed into smart cities as quickly as possible – with total digital surveillance, with robotized delivery services instead of corner stores. With meticulous tracking of all our communications. Because then we won’t need democratic elections anymore – they already know from our digital footprints what we want and what we detest. No kidding.

That’s according to the Federal Ministry of the Interior. And autistic children or very old seniors can certainly be cared for by robots, as in Japan. The rigidity of acquiescence of the coronated German population makes many things possible that we could not even think of until now. This can be implemented if the population continues to behave so lethargically. But can this be done sustainably? Does this forced digitization work? Will the translation from facade democracy to digital authoritarianism work?

Sure. Many things have already worked smoothly. Many people have said, “I’m not going to be locked up because of a lockdown like this!” And then they let it happen to them. “No! I won’t wear such a stupid mask for very long!” “No! I’m not going to have a PCR test done on me!” And: doesn’t the PCR test seem harmless to us by now – compared to a genetically manipulative injection? Humans get used to everything. But: is it possible to reprogram a highly complex system like the Federal Republic of Germany in this way? On Facebook, a German “friend” who has been living and working in a southern Chinese city for many years reported the following: when he ran a red light one night, a text message reached him five minutes later: “This is the Guangzou law enforcement agency. You have just jaywalked. We have just deducted a five dollar fine from your account.” Smart City at its finest. Is that what we want for Gelsenkirchen?

Don’t get me wrong. I am absolutely not a Chinese-hater. I advocate that we maintain better and closer relations with the two peoples of mainland China and Taiwan than we have in the past. But on an equal footing, please. We have a very different tradition from the Asian advanced civilizations. And we should bring in the tradition of the Humboldt brothers and Goethe with self-confidence. A German investment banker who worked in China for twenty years told me the following observation: it took six years in the People’s Republic of China to implement the concept of smart cities. And now the German government wants to push this digitization on us in a shock process in just a few months. That can’t work. Not only because of the great human suffering that is expected to be inflicted on us here. But quite simply because you can’t program in new cultural techniques in a rush.

Imposing the Chinese model on Germany doesn’t work for many other reasons, either:

There is the price-performance ratio. The Chinese have endured endless poverty. They were once satisfied if they could eat a bowl of rice a day – and not be pilloried in the next political campaign. Today, the standard of living in China has risen to such an extent that a German tourist in Cambodia is already the second choice compared to Chinese tourists. The Chinese gladly accept the deprivation of freedom for the noticeable improvements in the quality of everyday life. Acceptance of the government is about as great in the Chinese economic miracle as it was in the early Federal Republic under Chancellor Adenauer. In Germany, meanwhile, I have not heard the word “wealth creation” by the lower classes for decades. The People’s Republic of China insists on the primacy of politics over economics. The Chinese state proactively shapes society. At the moment, the Chinese government is probably the only government in the world whose program includes a noticeable increase in wages and pensions as well as an expansion of the social systems. Meanwhile, the German state is being tattered beyond recognition by unscrupulous interest groups.

China is meritocratic. This means that one must justify the privilege of an elevated position through achievements, despite all cases of corruption. Time and again, state officials or communist functionaries are severely punished for embezzling public assets. In our country, incompetence and the misappropriation of public funds are actually always a recommendation to climb further up the career ladder. Are Thilo Sarrazin or Hartmut Mehdorn in prison? What about Christian Drosten and his swine flu?

Just one point to conclude (there is still a lot to say): it was recognized early on in the West that controversial discussions are necessary in a society. That strategies must be flexibly adapted to the changing reality. A rigid dictatorship with absolute unanimity of opinion has finished relatively quickly, because of the internal emigration of its citizens. The Chinese Communist Party understood this at some point. Today, controversial discussions about everything are allowed among the elites. Only the Communist Party and the People’s Liberation Army are sacrosanct. In contrast, after fifteen years of Merkel, the spectrum of opinion among German elites has narrowed dramatically. Not only our submission to Pax Americana and to market radicalism are sacrosanct. Now not even epidemics and vaccinations may be discussed controversially. How long will this incestuous stultification of the elites continue?

The question is inevitably whether we will be able to turn the tide before the crown of thorns of Corona stupidity disfigures us beyond recognition.

We can do it. And without Merkel.

KenFM strives to present a broad spectrum of opinions. Opinion articles and guest posts need not reflect the views of the editorial board.

KenFM now also available as a free app for Android and iOS devices! You can get to the Apple and Google stores via our homepage. Here is the link: https://kenfm.de/kenfm-app/

The Good Man Next Door 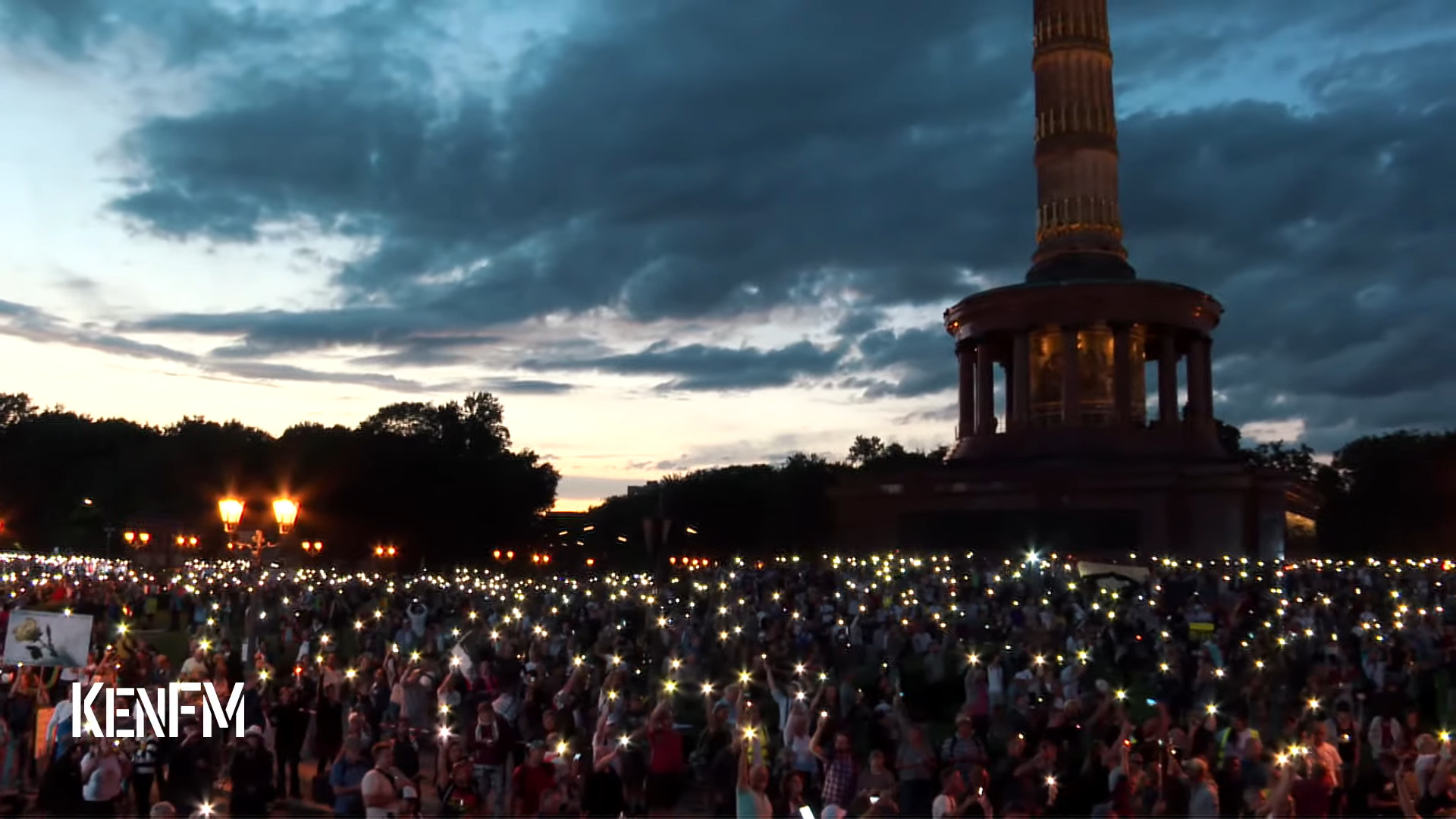