Louis Fernando Camacho, putschist, multimillionaire and offspring of a family who made their fortune selling overpriced natural gas, stormed into the devastated presidential palace in Bolivia on November 10 together with a priest and another henchman.

A few hours earlier, President Evo Morales had fled into exile to Mexico in the wake of a murder plot against him. Camacho came to the presidential palace to fulfill a vow. He had a Bolivian flag and a Bible with him. In a theatrical act he knelt down, laid the Bible on the flag and prayed. He had announced to purify Bolivia from the religion of the indigenous people. His action and words were a demonstration of power. He said, “Pachamama will never return to this palace. Bolivia belongs to Christ”. The aim was to demonstrate the old elite’s claim to power over the indigenous population. Pachamama, Mother Earth, is the central deity of the Bolivian Indians. Evo Morales was the first president to belong to their ethnic group. It is the majority.

During his tenure, Evo Morales reformed Bolivia, nationalized the mineral resources such as natural gas and tin from the hands of the mining companies and the Bolivian elite, and changed society with its wealth. Since taking office, the illiteracy rate has fallen from 13% to 2%. Unemployment has fallen from 9% to 4%. When he took office, 61% of the population lived in middle poverty, now the figure is 35%. The extreme poverty stratum shrank from 38% to 15%. These are figures that have not been heard in the mainstream media because they highlight why Morales is hated. He is the South American Mossadegh.

What the elected Iranian Prime Minister Mohammad Mossadegh had in mind was prevented by a military coup carried out by the CIA. Mossadegh had nationalised Iranian oil and wanted to use the profits from oil sales to modernise his country. This was not in the spirit of BP, British Petroleum, and the British government of Winston Churchill, tolerated by the oil company. The British and US governments wanted to set an example. Oil never belongs to the countries where it occurs, it belongs to the Anglo-American corporations that extract it. A head of government who disregards this unwritten but iron law is due. His reign is already over, it’s all about execution.

Ironically, Mossadegh admired the USA, they were his role models. He had believed in the propaganda aversion that in the USA since independence there has been a government of the people, by the people and for the people. Like Vietnamese President Ho Chi Minh, Mossadegh admired the nation that had freed itself from British colonial rule and risen to great power. Both Ho Chi Minh and Mossadegh had overlooked the fact that the US government, with the country’s growing importance, was only paying lip service to the supposedly eternal, unbreakable values of freedom. The United States had already mutated into the empire from which it had once declared itself independent. While Great Britain, which had been the world hegemon since Trafalgar, became a great power after World War I and a middle power after World War II, the USA took over the role of Great Britain – and increasingly behaved like it.

The then US secret service OSS had promised Ho Chi Minh and his followers Vietnam’s independence if they won the war against Japan together. Independence was the great goal of Ho Chi Minh. After the victory in World War II, the OSS officers who wanted to keep their promise and who stood next to him on the balcony of the government palace in Hanoi during the proclamation of Vietnam’s independence by Ho Chi Minh were whistled back by the US government. The U.S. ensured that France regained its colonial possessions to Vietnam. Ho Chi Minh had been betrayed by the USA.

Mossadegh was overthrown. In his country the USA staged a revolt, CIA-controlled and financed terrorists caused chaos, Mossadegh was driven out and the Shah regime was established, which from then on represented Anglo-American interests.

If this is reminiscent of Venezuela and Bolivia, it is not a conspiracy bogey, despite contradictory assurances in the NATO media, but pattern recognition.

Bolivia has tin, oil and gas. However, Bolivia possesses above all 70% of the lithium available worldwide, i.e. the element from which the batteries of mobile phones, laptops and cars are made.

The largest lithium deposits in the world must not be left to an Indian leader who wants to use it to lift his population out of poverty.

And this even with a party which calls itself “Movement to Socialism”. Where would the USA go if this would make the rounds? How can the beautiful colonial empire of eternal wars function if it cannot dispose of the most important raw materials, which God has only mistakenly distributed somewhere where they do not belong, instead of in the USA, to whom they should belong.

To defeat such commodity thieves as Morales, the US likes to use fascists like Camacho.

The most democratic democracy in the world never supports leaders like Morales, who want to lead their people out of poverty, it uses putschists like Camacho and Juan Guaido, who are declared “charismatic leaders”, so Claus Kleber had introduced Juan Guaido in the Heute, on the day when he was installed in the international media as a blessed savior from the reign of terror of the evil Maduro.

Consequently Camacho, one of the most important putschists in Bolivia, also thanked Juan Guaido for the support of the state coup. And US President Trump celebrated the coup as a victory for democracy.

But this victory is only complete when the Indians are finally deprived of their power, nobody understands this better than a US president. Only dead Indians are good Indians. Only disempowered Indians are bearable Indians.

Evo Morales had anchored the religion of the natives as equal in the constitution. The Bible performance of the Christian fundamentalist Camacho was the symbolic seizure of power by his faction. The old, white elite will show the Bolivian Indians where they belong: into poverty. So the current Bolivian interim president Jeanine Áñez presented herself next to a Bible that was wider than herself.

The Indian deity Pachamama, Mother Earth, who gives life, is replaced by a Christ whose mission is interpreted as ” subjugate the earth”. The ancient consciousness of the indigenous peoples that humans are part of nature, not their rulers, is more sustainable than the ideological claim to power of the old elites. I simply doubt blasphemously that Jesus Christ would be on the side of the oil barons, lithium robbers and putschists. This did not suit the man who devoted himself in love to the outlaws.

The irony of history is that of all people the present Pope has shown solidarity with the indigenous peoples of the Amazon. The word “solidarity” does not quite fit, it is too rational, too political. Pope Francis took care of them, in a touching gesture that lifted him far above the injustice that was also committed in the name of the Church to the indigenous peoples.

Pope Francis is holding an Amazon conference right now. It is about the protection of the rainforest, the protection of creation. He represents the interests of the indigenous people, he pays tribute to his namesake, the saint who spoke with the plants and animals, who described nature in one of the most beautiful poems ever written, the “Canticle of the Sun”. St. Francis dedicated the Amazon Conference to the salvation of the environment, St. Francis of Assisi. He has always received indigenous people, treated them as brothers and sisters, not as conquistador.

I suppose Saint Francis of Assisi would also be expelled from Camacho today, in the name of his Bible, at least.

The Indians gave statues of Pachamama to the Pope. The Pope prayed in front of the statues and had them brought to a church in Rome. The statues show a pregnant woman with a baby in her stomach. This is the version of Pachamama, which is influenced by the Marian cult of Catholics. Mother Nature is symbolized in a human mother. The gift of the indigenous people is therefore a symbol of the growing together of the two religions, a gesture of peace, an outstretched hand of the Indians who thank the Pope, who has also become their voice. Francis is a bridge builder.

The statues were stolen from the church in Rome and thrown into the Tiber. From a Swiss Catholic, who filmed himself and whose name I deliberately do not mention, as a gesture of contempt. A group of fundamentalist Catholics accuses the Pope of Satanic idolatry. They demand an apology.

I wish them a speedy recovery. The era in which they ruled has come to an end. Hopefully. In God’s name. Because if their ideology of mercilessness with Pachamama can rule for another 30 years, it will destroy the planet as the home of mankind. A victory over Francis would not be a triumph of good. I hope they seriously wonder with whom they will make a covenant. I doubt that it is the power they believe to worship. 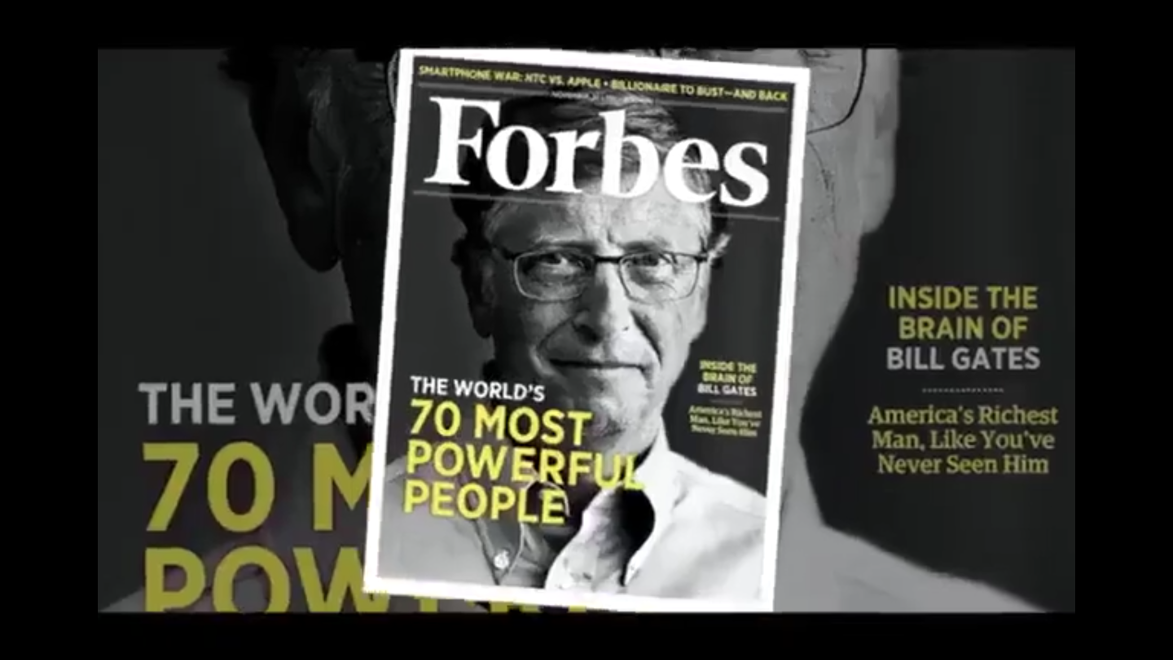 The True Nature of Capitalism: Part 2 | By Norbert Häring 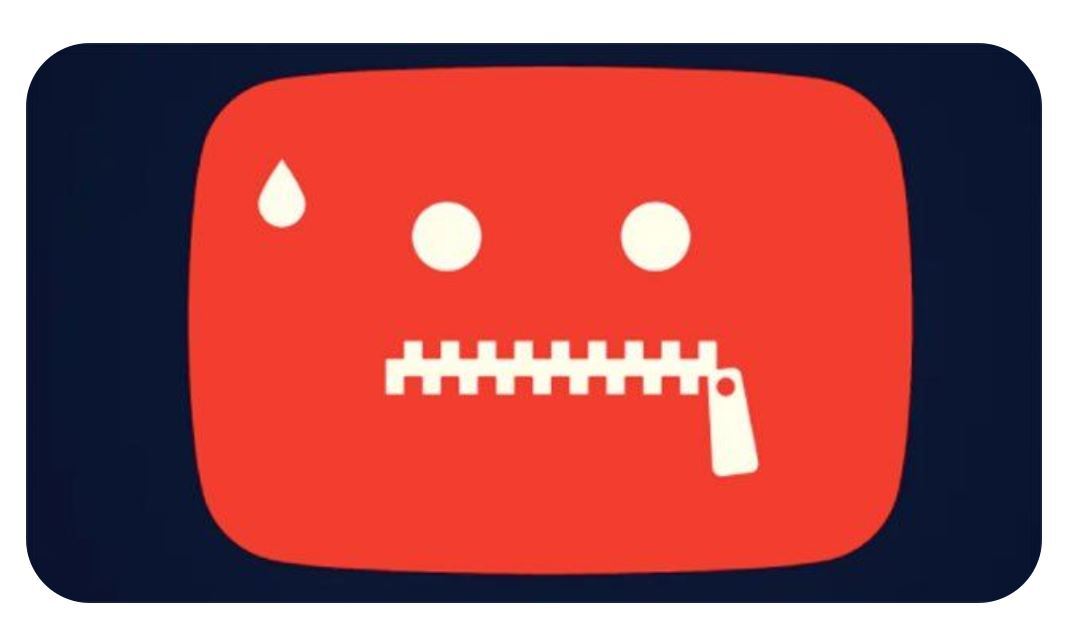