On 27th May the political movement “Italia Libera” presented a draft constitution to the Supreme Court of Cassation calling for a referendum to be held in favor of Italy’s withdrawal from the EU. The draft law is entitled “Call for a referendum on the withdrawal of the State from the European Union“.

After years of discussions all over the country about the pros and cons of staying in the EU, “Italia Libera” has laid the foundations with this step for the Italian people to finally be able to discuss the issue nationwide in an orderly and systematic manner, whether they want to remain in the EU on the aisle of Brussels and indirectly on that of Berlin, or whether they want to take back their economic, political and socio-political sovereignty and follow the example of the United Kingdom.

For historical reasons, the timing of the “Italia Libera” referendum was well chosen, since on 2 June 1946 Italy had decided in a referendum in favor of the Republic and against the monarchy. That is why 2 June has been a national holiday in Italy ever since. In addition, the Corona lockdown was lifted on 3 June and you can travel unhindered throughout the country again. Promptly many demonstrations followed, among others of the center-right electoral alliance of Lega (Salvini), Fratelli d’Italia and Forza Italia (Berlusconi) who took to the streets with the slogan “Italy does not surrender”, well-behaved with mouthguards and keeping their distance. With this, the “law and order” parties wanted to distance themselves from the “irresponsible demonstrators” of the left during the last weeks.

The name “Italia Libra” also has a long leftist tradition. This was the name of the first anti-fascist underground organization in Italy from 1923-1925. Almost 20 years later, in July 1942, the underground newspaper “L’Italia Libera” was founded by the anti-fascist Action Party. Through betrayal its hiding place was discovered and it was attacked in November 1943. Its editor-in-chief Leone Ginzburg was arrested and later murdered.

In fact, the new “Italia Libera” has shown with its ItalExit initiative that it is possible to move things forward by going through the institutions, so that the citizens themselves and not corrupt party politicians decide whether or not to stay in the EU. And for all those who want to leave the EU, the timing of the referendum is excellent, because the EU has suffered a massive loss of popularity in Italy as a result of its cold-blooded refusal to show solidarity during the coronavirus pandemic. The way in which Brussels, but above all Berlin, left the Italians in the rain at the height of the crisis will not be forgotten south of the Alps so quickly.

Gian Luca Proietti Toppi, a lawyer who was involved in the ItalExit bill, explained (1) the need to reach out to ordinary Italians through political action and “open their eyes to the harmful effects of being a member of a Union without a soul, based only on finances. The submission of the 50,000 signatures needed to start the parliamentary referendum process will open up a broad debate among the population on how to get out of the cage of the EU and the euro“.

At the same time, he acknowledged that “the effects of the liberation of the old European continent from the clutches of the bureaucratic and repressive superstructure in Brussels will certainly pose complex challenges in managing them. Italia Libera, the first ItalExit proponent in Italy to make a clear case for leaving the EU, has already collected the signatures required for the referendum and has now entrusted experts and academics with the task of drawing up a plan to protect the savings of Italian citizens from (national) debt.” The fact that the small “Italia Libera” movement has been able to collect 50,000 signatures in a short period of time indicates that it has struck a nerve among the population.

Although lawyer Toppi did not mention in his speech the fact that the EU had abandoned Italy at the height of the coronavirus pandemic, he nevertheless stressed how the (Nordic) EU bloc is not only financially exploiting Italy, but the entire EU-Mediterranean area with the exception of France.

While there are many positive aspects of the EU, especially the free movement of persons and coordinated efforts to fight crime through Europol, these multilateral agreements could exist without a European Parliament and the dominant institutions based in Brussels and Strasbourg. According to Toppi, the Italians had imagined the EU as “a community of peoples and not of bankers”. For this reason, the ItalExit bill was submitted to the Court of Cassation on the same day that the unprecedented European Union Recovery Fund for reconstruction after the Corona crisis became official. This fund was set up only to take the wind out of the sails of indignation in Italy and other countries, according to Toppi, after it had become clear that the EU bloc was initially not interested in supporting the already fragile economies of the southern countries, which were only further devastated financially by the pandemic.

Given the widespread dissatisfaction in the southern European countries about how the EU, especially Germany, has abandoned its supposedly cosmopolitan, liberal ideals in order to serve its own interests at home, EU leaders are now trying to limit the damage. European Commission President and Angela Merkel’s right-hand in the previous German governments, Ursula von der Leyen, and European Central Bank President Christine Lagarde, who was also a former member of the banking troika that plundered Greece, among others, announced unprecedented financial measures to lead Europe out of the crisis.

Unlike the last crisis, however, this time they promised real aid. The aid during the last crisis was poisoned and only served to rescue the big banks in the northern states of the EU. At the same time, the state structures and the entire economy of Greece, Spain, Portugal and, to a lesser extent, Italy were devastated throughout the last decade by the neoliberal conditions attached to EU aid.

In this context, Toppi mentioned the Italian central bank governor’s recent assessment that Italy is expecting a 13% decline in gross domestic product (GDP) in 2020. For this reason, Toppi stressed that Italy does not need any further debt, which would only push the country even further into the hands of international speculators.

Nevertheless – Toppi continued – the Italians would well remember what ECB President Lagarde had said on March 13 this year. That was at the time when the corona virus had begun to overwhelm hospitals in Italy. At that time, Mrs Lagarde had coolly stated in response to Italian requests for help: that the pandemic was exclusively an Italian problem and not an EU problem. This was the triggering moment when ordinary Italians began to remove EU flags from public display and replace them with Russian and Chinese flags in gratitude for the significant help these two countries gave Italy when it was abandoned by Brussels and Berlin.

The growing dissatisfaction of the Italians has long since reached the conservative electorate. However, the leaders of the conservative parties, especially in Forza Italia, are hoping for a quick agreement with the EU with appropriate financial aid. At the same time, however, their supporters are increasingly demanding monetary and economic sovereignty for the country in addition to political sovereignty, so that they can stand on their own two feet independently of decisions in Brussels.

In general, the Italian disillusionment with the EU during the Corona crisis seems to have rekindled the debate on the sense or nonsense of staying in the European Union and the euro, which had already been thought to be over.

Dr. Wulf Wagner, who lives in Palermo and Berlin as an art historian and journalist, recently reported in a management report from Palermo in the “Preußische Allgemeine Zeitung” (2) that the Italian book market has now seen an increasing number of titles on the subject of “national sovereignty”, such as “Il Primato Nazionale” (or “Terremoto Italexit” (“Earthquake ItalExit”). The art historian Vittorio Sgarbi, who is once again interfering in politics, has also spoken out in favor of the referendum of the small “Italia Libera” movement. For weeks now, the non-partisan “Mascherine Tricolori”, who initially promoted the restoration of sovereignty with corona masks in the colors of the national flag, have also been taking part in the growing demonstrations.

For the EU, an “ItalExit” would be a far greater blow than the brexite because, unlike Britain, Italy is also a key member of the European Monetary System euro, while the UK had retained its monetary sovereignty and could continue to use its pound independently as a monetary policy instrument.

If the EU politicians in Brussels, Berlin and Paris want to avoid the quite realistic possibility of an ItalExit, they will have to acknowledge their own political failures and the inadequacies of the EU structure in the coming years and work to design a new community that respects the national sovereignty and identity of the member states, and to do so on a basis of reciprocity. For this to happen, however, Germany’s dominant role in the EU and, effectively, in the EU Commission and the European Central Bank would have to end. However, Germany’s ruling class is not expected to voluntarily give up its privileges in the form of economic and political advantages as a European leader.

Therefore, Mr Toppi’s hope of a reformed EU without unscrupulous bankers, without self-confident bureaucrats and without incompetent politicians will remain a pleasant dream. Somehow even Mr Toppi seems to be aware of this. In order for the EU reforms he is striving for to have at least some prospect of success, Toppi says that an “important state would have to take the lead” in the circle of reformers, and this role seems to suit Italy as a founding member of the European Community. But if drastic reforms of the EU fail to materialize, the likelihood of an ItalExit increases in inverse proportion, with an Italian exit having a noticeable domino effect throughout Europe.

KenFM now available as a free app for Android and iOS devices! Via our homepage you can access the stores of Apple and Google. Here is the link: https://kenfm.de/kenfm-app/ 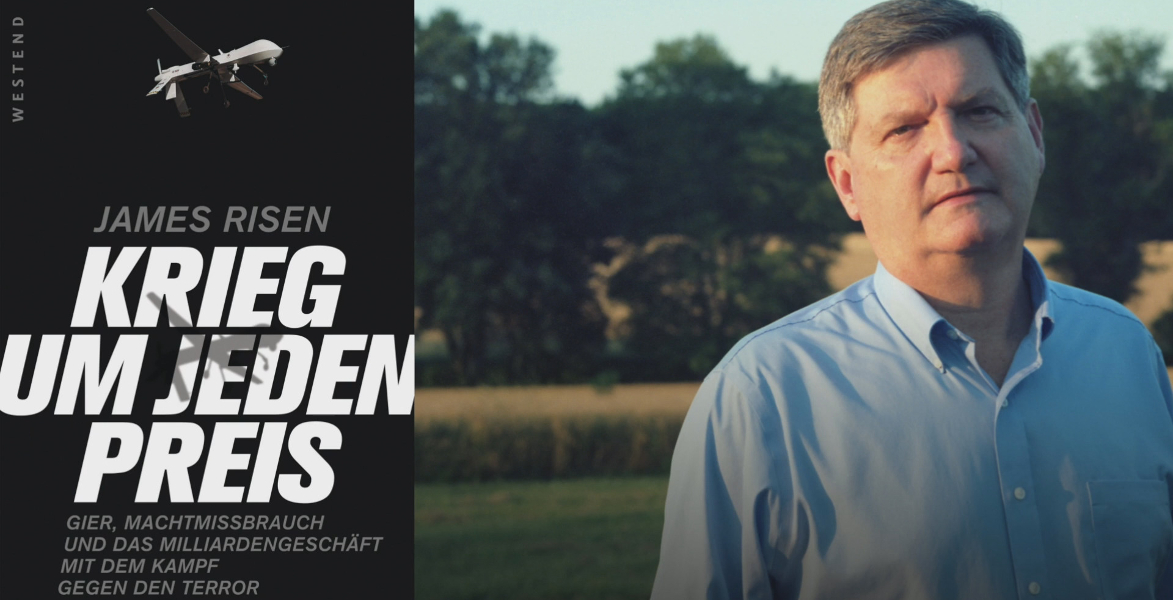